It has come to the end of my time as publicity officer! It has been pretty full on for me this year, so I'll try and be as brief as possible.

At the start of the year, I retrieved our YouTube account details and we started to make use of the account, uploading technique videos (mostly Katie and Beth though I did do one!), committee intros (Emilie's excellent initiative), a series of competition makeup tutorials from the inimitable Kerris and, of course, our End of Year Video. This was the first big project I took on.

I stood up here last year and said I would build a society website. It exists - uobbalads.co.uk - and I arranged £100 in sponsorship from DigitalOcean for hosting. I was very grateful to everyone who contributed posts - Jenny, Solly, Emilie and Andrew all wrote excellent articles for us - but definitely would have liked to do more to encourage contributions. In addition to the blog, I put together a section on syllabus figures for all 10 dances, including videos of all of the figures (over 300 of them!). I had plans to include open choreography and to produce our own videos (myself and Beth mooted at one point long-ago that we would film all of them ourselves!) and to include Salsa and Rock 'n' Roll choreography, as requested by Emily and several others. Lots of other things, such as a Frequently Asked Questions, Media Consent Form, which many of you have already filled in, and there is a lot of potential for the future, such as a members only section, online store etc.

A large part of my role has been, funnily enough, publicising the society. I have focused on our Facebook page and have brought that up to date. Interest in the page has spiked around the end of September and the middle of January, coinciding with freshers week and the UoBe festival, respectively. When possible, I've done my best to promote events and activities on various Facebook groups - Fab 'n' Fresh, UoB Virtual Neighbourhood etc. Without our usual stands at the Societies and Sports Fairs, we've been limited in our ability to reach out to potential students and I had to make the most of any opportunities for publicity that came around - several members that joined the club, paying membership, found us through the original fair in September/October which I made a short video for.

Wing has been very supportive throughout the year in looking after the society Instagram and we have built up our following quite a lot this year.

I was also successful in securing £100 for the society and a slot on their Twitch channel during freshers week. Massive thanks to Beth and Peter especially, and all the rest of committee, for putting up with me talking nonsense at them over zoom constantly for much of last summer! The video I put together was well received by Twitch themselves - including Kerry's brave interview in front of a camera and the wonderful videos I received from everyone - Beth, Gabi, Harry, Jenny, Lydia, Matt, Jenna and Meredith.

There were numerous opportunities for engagement with the press this year. I interviewed with Redbrick sport over the summer about the impact of the pandemic on our sport and, along with Kerry, interviewed with them again in September when our demonstrations were cancelled and we were unable to hold in-person activities while UoB sport clubs were unencumbered. I had hoped to apply pressure on the Guild to reconsider their position on in-person activities (before the inevitable 2nd and 3rd lockdowns dashed all hopes) and successfully ran for Activities Committee (with 250 votes!), hoping to use my almost 10 years of experience running university groups to make things better. I have made progress on allowing ex-students to become members - while I was unable to raise it at the last meeting I can say that the Guild are working to solve the problems they created for many of you.

Several things, of course, were not as normal this year! My role would ordinarily include taking photographs at competitions - which I did exactly once, back at Bristol (remember that?). I would normally have placed an order for hoodies and t-shirts - while I could have gauged interest, I felt that the pandemic was too restrictive for this to be done this year. Our one opportunity to perform in-person was shut down by the Guild with 48 hours notice.

One of my other responsibilies this year has been running our Friday practice. This was a challenge over Zoom with it being difficult to communicate when lots of people were talking. I set up a Discord server for the society and started running practice through there - along with a music bot with an extensive dance music playlist - and it has been well received by the attendees! There is a lot more potential for the Discord server and a lot of other societies have used the platform very successfully this year.

A major success story in the last couple of months has been the UoBe festival. I had originally approached the University for support with the Birmingham Friendly, due to be held in the Great Hall - while this wasn't possible they were happy to pay Kerry to hold three beginner classes and advertise them through the Festival website. We had over 200 people sign up and each class was attended by over 40 people - thanks to all of committee for helping to make this a possibility!

Finally, my last project has been the editing for the Birmingham Online Friendly - this has been a big undertaking, with almost 300 separate videos to put together! I'm indebted to Katie and Wing for their support - I taught Katie how to edit and she did an amazing job, I hope she never again dismisses her technical abilities!

I've greatly enjoyed being able to give back to the society this year and I hope I have shown everyone what we can all achieve with single-minded determination, an inability to say 'No' and access to the internet. In the event that I am not chosen to serve on committee next year, I am more than happy to instruct future committee members on anything I have done - teaching is one of my passions and I have enjoyed passing on my knowledge, whether to Katie with regards to video editing, Beth and Peter on livestreaming or at Friday night practice. I am also thankful to everyone else on committee (many of whom I haven't seen in person since last year's AGM!) for their continuous support and for being a delight to work with. Thank you everyone and it's goodbye from me. 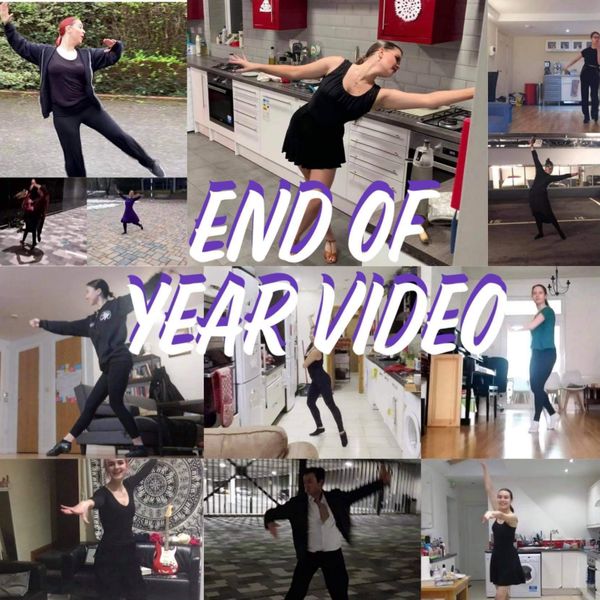 While this year may not have the happiest memories for all of us, we would like to commemorate the efforts many of us have made to keep dancing in these awful circumstances and we need your help! 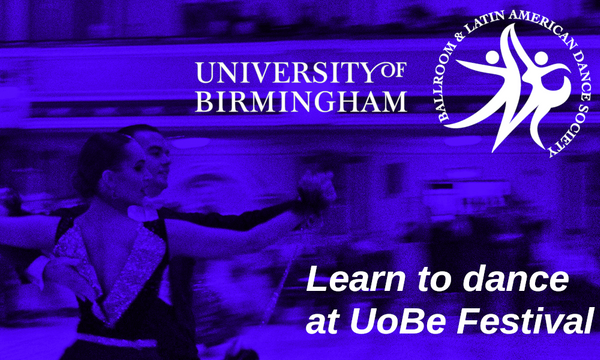 UoB students! Join our pro Latin coach for FREE beginner classes in Waltz, Cha-Cha and Jive with the chance of winning a free one-to-one lesson!